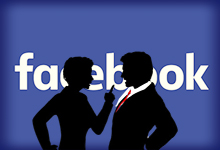 You are engaged in a bitter dispute – perhaps it’s a fight over money, a family feud or a messy divorce, a disaffected employee or a vengeful neighbour. You decide to resort to Social Media “to tell the truth” about your nemesis. You feel totally safe doing so – after all, our Constitution protects our rights to free speech, the Internet is a bastion of Freedom of Information, nothing said online is “real”, and anyway who can object to you telling the truth?

Wrong! A recent High Court judgment fires yet another strong warning shot across the bows of would-be Social Media defamers, confirming that –

A prestigious polo event and accusations of cheating

That’s important because “Truth and Public Interest” is a common defence to defamation claims, but it’s widely misunderstood.

As the Court pointed out: “People need to be aware that the publication of a defamatory statement concerning another person on social media is not excused by the fact that the statement is true. It also has to be in the public interest, which is not the same as being interesting to the public…” (our emphasis). What exactly a court will consider to be sufficiently “in the public interest” will depend on the facts of each case, so take specific legal advice in doubt.

The bottom line – think twice before you post anything online!